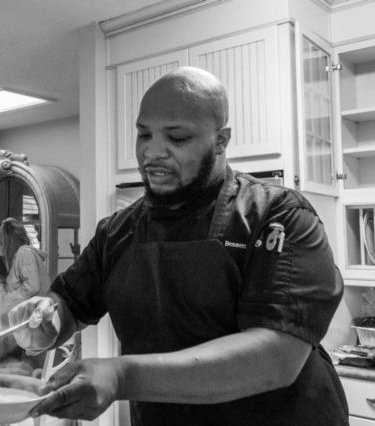 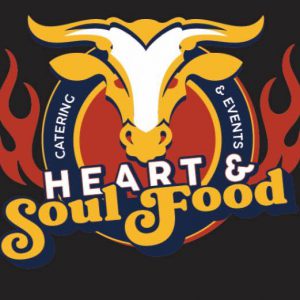 At the age of twelve, Tyrone was tasked with preparing Thanksgiving dinner. He scoured cookbooks and came up with a menu that included traditional turkey, spinach and ricotta stuffed chicken, and a homemade apple pie.

“That is what started my mind going crazy. From then on, I knew I wanted to open a restaurant and become a chef when I grew up,” says Tyrone.

At an early age, his Cuban mother and Jamaican father introduced him to all sorts of unique flavors that unbeknownst to them, planted a seed that would later develop into a culinary career.

Inspiration also came by way of school. Tyrone’s high school Home Economics teacher was a fantastic cook who took him under her wing and encouraged him to compete in cooking competitions. He became the youngest contestant to ever win a Harlem, NY competition called Men Cooking for a Change, which raises money for inner city youth.

Other culinary influences in Tyrone’s life have been a Siberian Chef from Garden City Hotel, where he worked as an apprentice, his culinary professors from Johnson & Wales University, and Chef Robert Mason, the manager at Reunion resort in Kissimmee. The latter, he became good friends with and still calls for advice.

Tyrone’s advice to aspiring career chefs would be this, “Do not listen to the word no. People are going to say you are not going to make it, that you’re not good enough. They’ll tell you to leave and go someplace else. That there is no money in cooking. Go with your gut. Never give up. If you have a drive and passion you’ll be successful.”

For the home cooking enthusiasts, Chef Tyrone says, “The biggest experiments and breakthroughs happen at home. Have fun. Try different things. Do research, go to the market, and pick up something you have never made before, or try an ingredient you don’t like.”

His favorite ingredients are curries and cheeses from around the world, fresh herbs like basil, cilantro, mint, and rosemary. He loves buying fresh from the farmers market.

In his current positions as Private Executive Chef & Co-Owner of Heart & Soulfood Truck with his wife Lateefa they put new twists on classics, and brings in elements to create unique and unexpected dishes in southern, Latin and Caribbean comfort food.

Tyrone has also been featured in the St Augustine Record news paper, The Northeast Edible Magazine, News Jax 4 and was awarded the “Annual Tourism Impact Award” of 2021 and was featured as one of  chefs in the production of “Chefs Of Florida Historic Coast” for making positive impact in the community and economy.

Also he has started a Food Podcast called “ The Hot Plate with Tyrone Bennett” & started a charity 501c3 organization called “ We Feed St Augustine” that feeds families in need.

The best two meals he’s ever had are his grandmother’s Caribbean Oxtail served with rice and black-eyed peas and a lasagna made from Francesco’s. “That lasagna made me want to go to Italy,” says Tyrone. “It sets the bar for every other lasagna I make.”

Besides his culinary accomplishments, Tyrone’s greatest joy is his fourteen -year-old son, Kingston. “He is a splitting image of me,” says Tyrone.