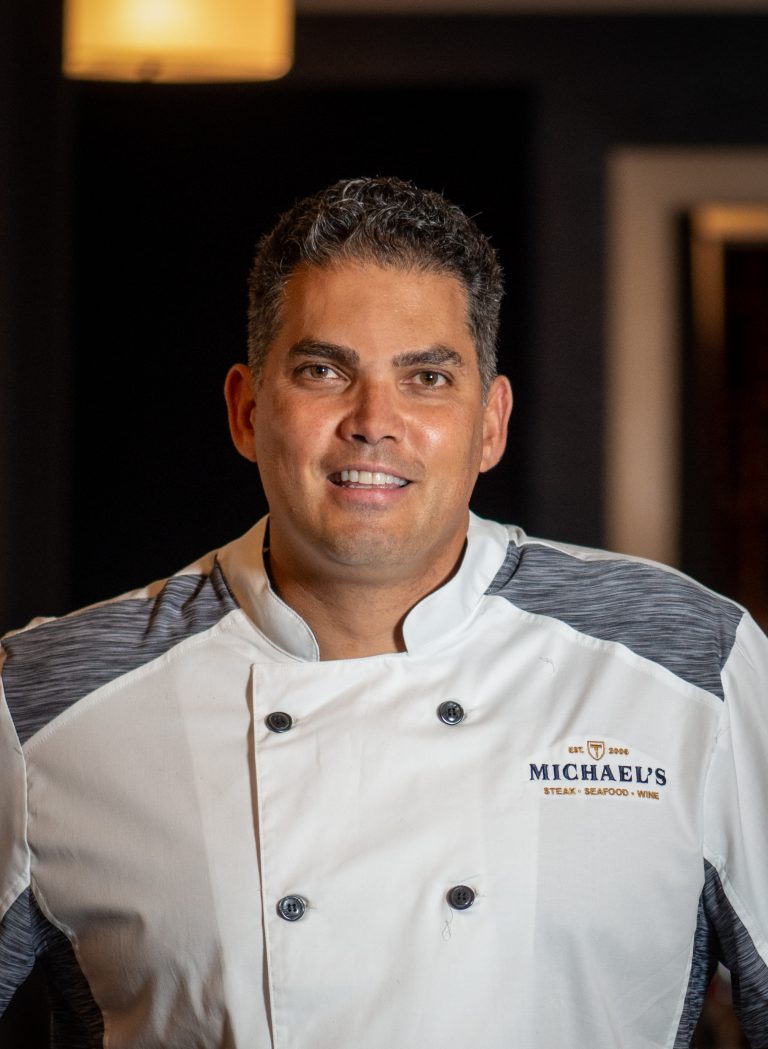 Chef Michael Lugo leads the culinary team. Originally from Puerto Rico, Michael is a self-taught Chef, who started cultivating his skills and passion for food by learning from his grandma, who inspired him to use his love of food to carve a career in the food industry. As he spread his culinary wings, Chef Michael worked in many restaurants from Texas to Florida, learning all aspects of the restaurant industry before embarking on his own path.

Chef Michael believes that the key to good food starts in sourcing local and sustainable ingredients. Locally grown produce, seafood, and meats play the lead role in his menu development. He also believes that by working with like-minded artisans from around the world, he can share and extend his values and offer products unique to the seasons and to historical authenticity.

In addition, he leads his team with the philosophy of being involved in charitable efforts. He has contributed his time and talent to various charitable causes and local charities.

Chef Michael finds the most creative satisfaction in giving back to the community which has poured into his work.