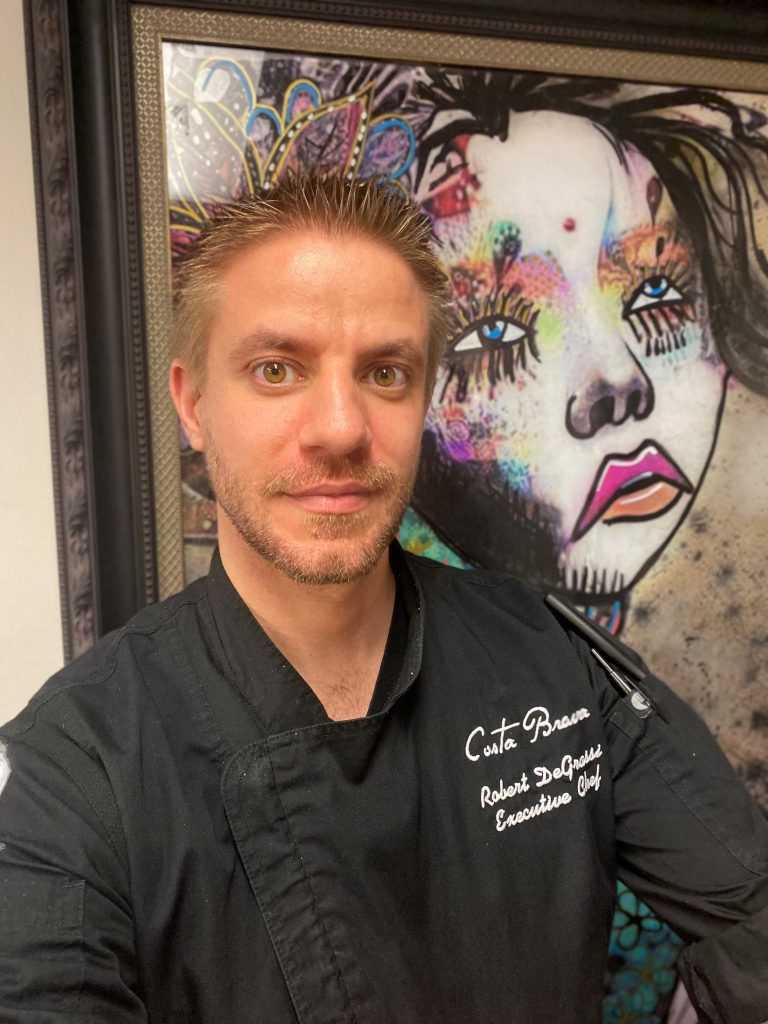 Chef Rob is a New Jersey native and received his Bachelor’s Degree in Culinary Management at the Art Institute of Fort Lauderdale.  Rob began his culinary journey at 14 years old, stretching out pizza dough and dreaming of running a restaurant. Chef Rob’s diverse culinary journey began as a Sous Chef with PF Chang’s, after which he joined the Omni at Amelia Island as the Banquet Chef and later became the Chef de Cuisine at the oldest hotel in America, the Omni Homestead Resort. Rob continued with the Omni New Haven at Yale as the Executive Chef. Returning to his historic hotel roots, he was the Executive Chef at the Cavalier Hotel, a Marriott Autograph hotel. Most recently, he was the Premium Chef for the Jacksonville Jaguars, managing the owner’s suite and VIP events. It is only fitting Rob continue his love of historic properties with our 1888 Casa Monica Resort & Spa.