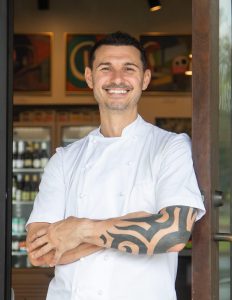 Aaron Bellizzi, born and raised in New York, is a graduate of the Culinary Institute of America. After earning his Bachelor’s in culinary arts, he moved to New York City to develop and pursue his career.  Prior to his current role as Executive Chef at The Westin Jekyll Island, he has worked in distinguished restaurants such as Gilt, a two-star Michelin at the Palace Hotel, Le Cirque, Le Bec Fin, Eleven Madison Park and The Georgian room at Sea Island as well as opening his own restaurant in Saint Simons Island, GA.